Cereals play an important role in human nutrition, contributing approximately to half the energy and protein intake of the world’s population, with wheat, corn, rice, barley, oats, rye and sorghum being the most important. Grapes in addition to these cereals, most commonly used in human and animal nutrition, other grains, such as quinoa, amaranth, buckwheat, chia and flaxseed, have been studied in recent years because they present themselves as an excellent source of energy and protein with high nutritional value, besides fibers, lipids, vitamins and minerals.

Quinoa (Chenopodium quinoa Willd.) is a plant belonging to the family Amaranthaceae, native to the Andean regions being adaptable to different types of soil and climatic conditions, Its composition has aroused the attention of the scientific community for its high nutritional value, being rich in proteins, unsaturated fats, dietary fiber, vitamins and minerals, with an extraordinary balance of essential amino acids, It is also characterized by being a gluten-free grain, that enables its use in the diet of celiac patients [1-3].

Despite all these attributes, quinoa is still little used due to the high cost of the imported grain and little knowledge of its benefits by most consumers. More studies are needed to increase knowledge about this "pseudo-cereal" and prove their functional and nutritional benefits.

Quinoa is a food plant of the family Amaranthaceae, subfamily Chenopodiaceae, genus Chenopodium, native to the Andean regions of Chile, Peru, Ecuador and Bolivia, and its cultivation dates back thousands of years [1,4,5]. The millennial experience with this crop allowed ancient populations to recognize the high nutritional value of this food [6] (Figure 1).

This grain has attracted attention as a new food resource, because of the quality and nutritional value of its proteins. It is mainly rich in lysine, making its protein more complete than most vegetables, having in particular amino acid composition close to the ideal protein balance recommended by the Food and Agriculture Organization (FAO) and similar to milk [1,7,8].

Quinoa grain is an amylaceous raw material that has a high carbohydrate content, mainly consisting of starch and a small percentage of sugars [1,8]. It also presents, fiber, vitamin B complex, vitamins E and C and minerals such as calcium, magnesium, iron, potassium, phosphorus, manganese, zinc, copper and sodium. Contains higher levels of total protein, methionine and lysine in comparison with traditional cereals such as rice, maize, barley and wheat, having in its lipids similar composition to those fatty acids of soybean oil [5,8-10] (Table 1).

The cereals play an important role in the human diet, being wheat, corn, rice, barley, oats, rye and sorghum the most important worldwide. Comparing the nutritional components of these cereals with quinoa, we can observe the richness of this grain in nutrients, with higher values of protein, lipids and minerals [11,12] (Table 2).

The nutritional value of a food is determined mainly by the quality of its protein, which depends on the composition, proportion and biological utilization of the amino acids presents [1,8]. The nutritional quality of the proteins is therefore determined by the proportion of essential amino acids. Nine amino acids are strictly essential for humans: phenylalanine, isoleucine, leucine, lysine, methionine, threonine, tryptophan, valine and histidine (essential in childhood) [13-15], which are present in quinoa, providing a protein value similar to casein from milk [1,7].

The protein content in quinoa grain ranges from 13.8% to 16.5% and from 9.1% to 15.7% with an average of 15% as reviewed by Vega-Galvez et al. [7] and Novak et al. [16] respectively, depending on cultivar and/or geographical region. Comai et al. [17] found that quinoa not only has a high protein content but also an adequate amino acid composition, besides high concentration of tryptophan, usually the second limiting amino acid in cereals.

The absence of gliadins (proteins present in wheat and glutenforming) and gliadin-related protein fractions (found in oats, barley, rye and malt) makes quinoa appropriate for the production of food products commonly referred as "glutenfree", an important aspect that allows greater variety and supply of foods that are more nutritious and suitable for patients with celiac disease [9].

Starch is the main carbohydrate component of quinoa and is present between 52% and 74% (dm). Quinoa starch granules are polygonal, smaller in size than that of common cereals, having a diameter of 0.6 to 2.2 μm [1,20]. Being rich in amylopectin, it has excellent freeze–thaw stability which enhances its functional property to be used as thickener in frozen foods [21].

The total dietary fiber is close to the value found in cereals (7% to 9.7% dm), wherein the embryo contains higher levels than those in perisperm [1,8]. Dietary fiber has a number of beneficial effects related with its indigestibility in the small intestine. Therefore, the reported high content of quinoa fibers can improve digestibility by facilitating the absorption process of other nutrients present in quinoa in the large intestine [1,10].

Oil content in quinoa ranges from 2% to 9.5% being rich in essential fatty acids such as linoleic and α-linolenic, and contains high concentrations of natural antioxidants such as α- and γ-tocopherol [1]. Data compiled by Nowak et al. [16] established the high degree of unsaturation in quinoa fat, and compared with the fatty acid composition of rice, for example, quinoa contained over 20 times more unsaturated fatty acids, especially linoleic acid (C18:2). Quinoa has been considered an alternative oilseed crop, due to the quality and quantity of its lipid fraction [1]. A comparison of the fatty acid profile of the quinoa grain oil with that of maize and soybeans showed similar levels of linoleic (C18:2), oleic (C18:1), and linolenic (C18:3) fatty acids [1,11,22-24].

According to Ng et al. [25] lipids of quinoa flour were stable for 30 days due to the naturally present vitamin E. As this micronutrient represents a natural antioxidant in this grain, and as it is present in large quantities, the potential of quinoa as a new oilseed has been strengthened, especially in the development of new food applications, focusing on the antioxidante qualities present naturally in this raw material [1].

Quinoa is also rich in micronutrients such as vitamins and minerals. According to Nowak et al. [16] quinoa contains less thiamin and niacin but more riboflavin than most grains, however, it is a good source of riboflavin, thiamin and folate as well as contains high amounts of vitamin E and vitamin B6. However more analyses on quinoa vitamin content are needed in order to have a better view of its vitamin profile.

Unlike carbohydrates, lipids and proteins, minerals are inorganic micronutrients, which cannot be produced by living organisms and play important roles in the body. Low intake or reducing their bioavailability may generate imbalances in health and impairment of vital functions [1]. These micronutrients must be ingested through a properly balanced diet to supply daily needs, and special attention should be given to correct food combinations, preparation techniques, and nutrients in order to enhance their bioavailability [7,26].

The ash content of quinoa is greater than rice, wheat and most other cereals. Thus, quinoa grain contains large quantities of minerals. The amount of calcium and iron are significantly higher than in the commonly used grain. Since they are in bioavailable forms, calcium, magnesium, and potassium are found in sufficient quantities in quinoa grain for a balanced human diet [7,23,27]. Several authors also reported large amounts of iron and calcium in quinoa [1]. Ogungbenle [10] found that potassium is the most abundant mineral in quinoa grain, followed by magnesium and phosphorus, while iron showed the lowest value.

Vega-Gálvez et al. [7] reported large variation in the concentration of minerals in quinoa seeds. The difference in the values obtained by the various authors may be related to the fact that the samples were of different genotypes and regions with varying soil types and different mineral compositions and/or applied fertilizers [1].

According Alvarez-Jubete et al. [28] calcium, magnesium, and iron are the main mineral deficiencies in gluten-free products. The pseudo-cereals, amaranth, quinoa, and buckwheat, are usually a good source of these and other important minerals for celiac disease patients. In particular, the high calcium content in these seeds has great relevance for celiac individuals due to the well-known prevalence of osteopenia and osteoporosis among patients recently diagnosed with this disease [28].

Coronary heart disease is a leading cause of death in most developed countries and is growing rapidly in developing countries. Appropriate diets that include fruits, vegetables and whole grains may contribute to cardiovascular protection. Among these foods, cereals and pseudo-cereals play an importante role [29].

Quinoa is also an excellent example of "functional food" which may help reduce the risk of various diseases. Its functional properties may be related to the presence of fibers, minerals, vitamins, fatty acids, antioxidants and phytonutrients, which contribute to human nutrition, especially in the protection of cell membranes, with proven results in improving neuronal functions. These characteristics provide the grain great advantage over other plant foods for human nutrition and health maintenance [7,19].

Phytosterols are natural components of the cellular membranes of plants present in abundance in oils, seeds and grains. They have different biological effects, such as anti-inflammatory, antioxidant and anticarcinogenic activity and are important components of the diet in the reduction of low density lipoprotein (LDL), helping to maintain a healthy heart [1]. As reported by Ryan et al. [22] phytosterols present in quinoa were higher than in pumpkin, barley and corn seeds, but lower than those of lentils, chickpeas and sesame seeds.

Quinoa is an excellent source of vitamin E. The concentrations of tocopherols found in quinoa oil were 797.2 ppm γ-tocopherol and 721.4 ppm α-tocopherol [23]. The amount of γ-tocopherol observed was slightly higher than the amount present in corn oil, ensuring to quinoa oil a long shelf life, due to the antioxidant power of this substance. In addition, α-tocopherol content, such as vitamin E, is very important because it acts as a natural antioxidant at the cell membrane level, protecting fatty acids from damage caused by free radicals [8,22,25].

Alvarez-Jubete et al. [3] cited that among the cereals and "pseudocereals" buckwheat is one of the best sources of polyphenols and quinoa seeds are also abundant sources of flavonoids mainly glycosides of kaempferol and quercetin. Gorinstein et al. [29] reported that buckwheat and quinoa showed the highest antioxidant potential among cereals and pseudocereals studied. Zhu et al. [30] isolated six glycosylated flavonols from quinoa seeds and suggested that quinoa may represent an important source of inhibition of free radicals.

Pasko et al. [31] showed that seeds and sprouts of amaranth and quinoa can be used as food because they are good sources of anthocyanins and total phenols, presenting relatively high antioxidant activity. These authors reported that quinoa presented higher antioxidant activity than amaranth and that the data showed good correlation, suggesting that the content of total polyphenols may be a good indicator of antioxidant activity in vitro. According to Alvarez-Jubete et al. [3] buckwheat and quinoa shoots and seeds represent potential sources of phenolic compounds to improve the nutritional properties of food products, such as gluten-free breads.

Quinoa contains higher amounts of protein and greater balance in the distribution of essential amino acids than cereals, resembling the biological value of milk protein. It exceeds cereals in the amount of lipids, proteins, dietary fiber, vitamins B1, B2, B6, C and E and minerals, mainly calcium, phosphorus, iron and zinc. In addition to presenting high nutritional quality, it is characterized by being gluten-free feature allowing to obtain a greater variety of foods more suitable and nutritious to holders of celiac disease. All this has contributed to the increase of interest and popularization of its consumption among people who seek alternative foods with high nutritional value, especially in developed countries, thus stimulating their agricultural production [5,9].

The antioxidant activity of quinoa may be of particular interest to medical researchers and needs greater attention in its use as a potential natural antioxidant. Experimental studies in animals or in human cell cultures have demonstrated the role of plant polyphenols in preventing cardiovascular diseases. However, further studies in humans are needed to provide clear evidence of the actual bioactivity of flavonoids and their health protective effects and to assess the risks that may result from high intakes of polyphenols in food [29-31]. 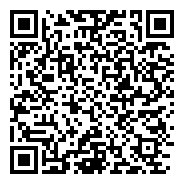